This week, we are learning the story of 'Cinderella.'

Can you retell the story of Cinderella in your own words, using the story map? 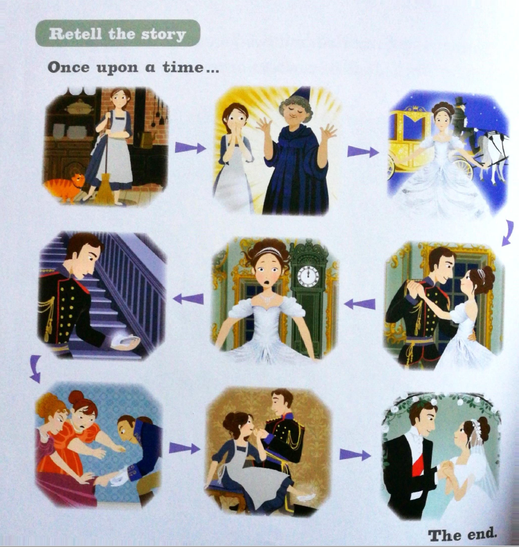 Can you think of words to describe the characters' feelings throughout the story (such as surprised, alarmed, overjoyed or annoyed).

Can you write an invitation to Cinderella, inviting her to the Royal Ball? Can you decorate the invitation?

What is the event?

Where is it at?

When will it be?

Who is the invitation from? 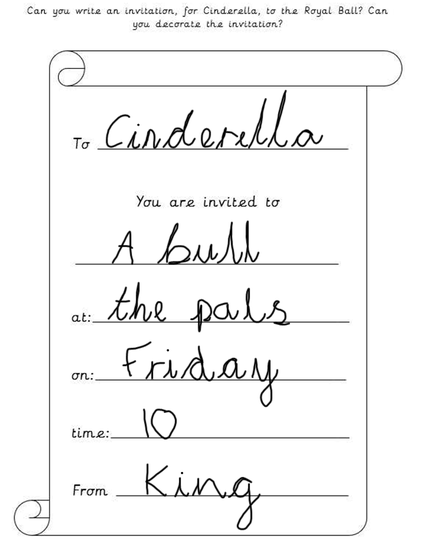 Find our new phase 2 and 3 sound mats below!

* Please encourage children to sound out independently, emphasising sounds to support them but not telling them the spelling. Children should write words phonetically (as they sound).

Play the read and race game

Try some active maths as well as some of the activities on the 'Active Tuesday' sheet!

Active Maths
Practise counting to 10 and then 20 in different voices (whisper, shout, deep, squeaky, robot) - Can you show the numbers on your fingers?

Roll a dice and perform that number of an each action (claps, jumps, clicks, nods, stamps) can you add one more? How many now?

Throw balls/ socks into a box/bucket/ pan. How many can you get in? Can you get another one in? How many are in now?

Unfortunately not the ones with chocolate chips.

Some cookies are necessary in order to make this website function correctly. These are set by default and whilst you can block or delete them by changing your browser settings, some functionality such as being able to log in to the website will not work if you do this. The necessary cookies set on this website are as follows:

Cookies that are not necessary to make the website work, but which enable additional functionality, can also be set. By default these cookies are disabled, but you can choose to enable them below: